When listening to Dr. John Wilson, you are startled by the humble and self-effacing nature of this popular Vancouver Island dentist. With his patients he uses a “you’re the doctor, i’m the technician” approach to his dental practice. He doesn’t consider himself ‘special’ or ‘above anyone else’; as a consequence, he has developed sincere compassion for his many loyal patients. He believes that this philosophy is sometimes lacking in a small number of the younger dentists of today who see their dental career more from an investment perspective.

Dr. Wilson’s advice to young dentists is “become the best dentist in the world” and all else will follow. He urges them to spend the time necessary to master their dental craft, take the courses to improve delivery and learn how to communicate effectively with staff and patients. He encourages dentists to practice in small town environments where he feels the rewards are greater, both professionally and personally. However, he qualifies this belief in saying that the small town should be close enough to a ‘big city’ to allow for the benefits a large cosmopolitan centre can offer.

John possesses a ‘green’ side that is prevalent in many west coast Canadians. He is currently planning to build a cob house to improve his lifestyle and lessen his impact on his natural surroundings. Modern cob houses still use ancient building techniques and materials like bricks made of mud, sand and straw and harnessing natural energy sources such as passive solar heating. To these older wisdoms are added the latest in today’s technological thinking; the result is an environmentally friendly accommodation and living style. While these homes might not appeal to all, they are highly efficient, cost effective, sustainable and low maintenance ‘green’.

Growing up in Gananoque, Ontario, the son of steel worker, he had two choices: work in the steel mill or go to university. He is thankful he was born and raised in Canada and praises his parents for a ‘normal’ upbringing that allowed him freedom and choice. He has tried, with his wife Sylvia, to provide a similar upbringing for his own children.

One of John’s children, Jannah, is a surgical resident entering her final year of residency. Like her father, she works hard – very hard at her chosen profession. A typical week at the Ottawa Hospital involves a minimum of sixty hours and sometimes, the hours served are twice that amount. Jannah loves the pace of hospital life. She enjoys thinking on her feet, calling on her manual and mental skills to solve the never-ending problems of providing quality medical care for her patients.

Prior to medical school, Jannah worked in Methadone clinics on the east side of Vancouver. She taught a Youth at Risk programme for troubled teens.  She considered and explored careers in both sociology and law enforcement. She thought about a career in physiotherapy and worked as a fitness trainer at a rehab hospital. What drives this energetic young professional? She freely admits she is an adrenalin junky looking for a challenge and the high she gets from her work on a day-to-day basis. She learned perseverance (a word she uses often) from both her sister and her father. Her sister overcame a hearing disorder from birth through sheer determination and hard work. Jannah grew up looking up to and out for her older sister. Her father asked his children to strive harder at whatever they did and he himself lived the credo he encouraged in his children.

The possibility of following in her father’s pathway as a dentist was never rejected. While her father never encouraged any one career, including dentistry, he did ask Jannah to think hard and long before becoming a doctor. The endless, demanding hours that a career in medicine entails were his central concern. Ten years down the road, Jannah hopes to have worked as a locum in hospital settings in at least three provinces. Educated in French Immersion classes, she wants to perfect her fluency in French and become truly bi-lingual. She loves the natural setting and lifestyle of British Columbia and hopes to practice in the northern regions of that picturesque province. As a child growing up in Timmins, Ontario, she acquired a soft spot for Ontario, especially its cottage country. For now, Jannah looks forward to another year of perfecting her surgical skills and procedures. Her perseverance and patience coupled with her desire to problem-solve and volunteer as an international aid worker keeps her humble and balanced.

Dr. John Wilson credits his wife and family for his being grounded, open and caring. Jannah concurs with her father. The unconditional love provided by her mother, her interactions with her siblings and the respect for others that her parents instilled, usually derived from dinner table discussions, was crucial to her development. Her sister’s early hearing struggles taught her about human vulnerability. She laughingly related that her ‘brat’ brother taught her that patience was indeed a virtue. Both John and Jannah fondly recall family dinner chats, when everyone related the events of their day. It became a time of sharing feelings, debating ideas and reflecting on everyday issues both big and small. John and Jannah understand the need for a personal life and vacation time. They are active and physically fit, enjoying skiing, sailing and hiking. Jannah loves sports, travel and is happy riding her motorcycle whenever possible. John, in his spare time, is content to be busy planning and building a cob house. Both live life to the fullest.

Bottom Line: This article relates the lifestyle and interests of two health care professionals who just happen to be father and daughter.

Jamie Toop, DDS, with Rebecca Sorci After presenting about the link between oral and systemic health at a recent meeting in Chicago, a woman thanked me for my presentation. She told me that her husband died 2 years prior from infective endocarditis following a root canal. He was a healthy football player in his 20s. […]

The art and science of restoring damaged teeth with restorations that mimic natural teeth in appearance, function, and strength. Biomimetic dentistry is conservative- by only replacing what is damaged, and strong- by replicating nature’s original design.

More Posts from this Category 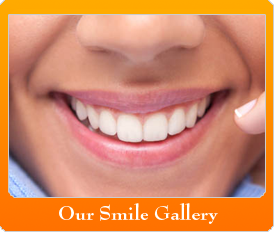